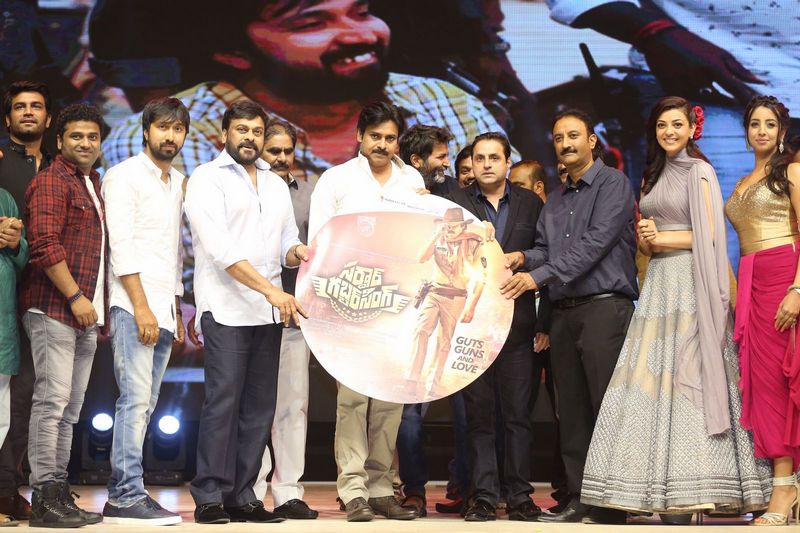 One of the biggest Tollywood releases of this year is going to be Sardar Gabbar Singh. The movie will be launched in both Telugu and Hindi. Also, very recently, two different teasers for both the versions was released. All of this has already created an insane amount of hype on the movie. So how can the audio launch of the movie also not be a grand affair? The audio launch of the film is taking place and it has become the most talked about event in Tollywood in recent times.

Many stars graced the occasion. The big launch took place at the Novotel in High Tech City. The stars gracing the occasion was the Powerstar himself of course, co-star Kajal Aggarwal, Pawan’s brother Megastar Chiranjeevi, the antagonist of the film Kabir Dohan Singh, music composer Devi Sri Prasad or Rockstar DSP as he is called and many others.